The future of crowd control

Professional crowd control ensures that everyone attending an event has a pleasant and safe experience, minimising incidents ranging from anti-social behaviour up to crowd crushes, which can cause mass fatalities.

It’s is an important sector of the security industry but one that hasn’t changed much in many years, says Andrew Tatrai, director of Aces Group, which provides crowd control and risk management services for some of Australia’s biggest events, such as Sydney’s New Year’s Eve celebrations.

“Crowd management is often ridiculed as a simple job where you have these big boofheads standing around with their arms crossed, telling people ‘Stop, go’, but it’s a lot more complex than that,’’ says Andrew.

“In other areas of security we’ve seen new technologies emerge, like number plate recognition and visual imagery analysis, but in crowd control this hasn’t progressed much beyond laser devices to count people passing a location.’’

This reliance on human judgements means crowd control remains a subjective field, with outcomes varying depending on the inconsistent responses of the people conducting it.
Two years ago, Andrew and his partners at Aces Group decided it was time for change. Andrew attended a course in crowd science at Manchester University, and he is now completing his PhD on emergent behaviour in crowds, conducting research backed by University of Technology Sydney.

As a result of this work, Aces Group has developed a dynamic crowd management (DCM) system powered by artificial intelligence and smart cameras. No facial features or personal information is recorded, but the DCM’s neural networks track crowd movements and mood, processing huge volumes of data to predict possible problems before they emerge.

“No one’s ever really defined exactly what the crowd manager is meant to do,’’ says Andrew. “But to use algorithms and computers, it’s necessary to break things down into inputs and outputs.

“For our DCM system the inputs are crowd flow rates, crowd density and mood, and the main output is keeping the crowd in a positive mood.
“We have a patent pending on our mood rating technology, which uses neural networks to analyse inputs from several sources to form a mood sentiment score. Its accuracy is constantly improving as it learns, and is now above 80 per cent.’’

The psychology of crowd behaviour is a complex science, and how a crowd feels can be influenced by a myriad of factors including the weather, and the ambience and cleanliness of an area. But one thing guaranteed to turn a crowd’s mood sour is when it finds its movement blocked, says Andrew.

“As anyone would know, if you’re in a crowd and all of a sudden the people in front of you stop moving, the first thing you do is go “Oh no, what now’ and you try to look ahead to what the problem is. As soon as that happens your mood starts to drop. These things are infectious, and pretty soon the mood of the entire crowd drops.’’

Through predictive modelling and data science, the DCM can give Aces Group a four to seven-minute advance warning of an impending problem, providing their guards a window within which to react.

“So when my partner Travis Semmens is managing a big event, he works with an iPad or his phone,’’ says Andrew.

“He gets a live 3D dashboard feed of the crowd modelling of density, flow and mood across the entire area. It has green levels where no action is required, yellow levels where we start to prepare to make management interventions, orange levels where we take action and a red level where we will cut off crowd flow.’’ With advance warning from the DCM, is possible to head off problems in several ways, says Andrew.

“The goal is to balance a crowd, so that people feel like they’re part of a community, part of a big wave of people moving together, but you don’t want to get them too jammed up.

“So when we need to, we do things such as opening and closing apertures, moving barriers and diverting flows.

“We also use lighting stimuli. For example if we start to get queues and congestion we can turn on lighting towers, and this will make the crowd move quicker. The main goal is always keeping the crowd in a positive mood.’’

Andrew says his PhD research has confirmed that no such technology has been developed anywhere else in the world.

Aces Group was the beneficiary of a grant from the NSW government to help develop the DCM, and is about to receive a federal government which will be used to accelerate commercialisation ahead of a global sales push. 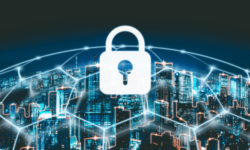 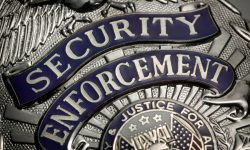