The Security ‘Person of Interest’ series places a spotlight on a different security expert each month. Sharing engaging and interesting insights on their background, career and what current trends they view as important.

More than just a CCTV Specialist, Vlado Damjanovski has quite literally written the book on CCTV. Now in its third edition, CCTV, From Pixels To light is widely recognised as the leading text on CCTV design. In addition to writing and conducting seminars, Vlado is involved in designing and commissioning CCTV systems, often pioneering new trends and technologies.

In fact, Vlado designed one of the world’s first digital CCTV systems for the Star City Casino in 1997. Followed by another cutting-edge system design for the Sands Casino in Macao in 2003, which became the first system of its kind in the world through the use of digital matrix switching of over 1,200 cameras and digital recorders.

Vlado was the editor and publisher of the international magazine “CCTV focus,” from 1999 through 2006. He is currently the chairman of the CCTV Standards sub-committee of Australia and New Zealand, and has contributed immensely in creating the latest Australian and New Zealand CCTV standards known as AS4806.1, AS4806.2 and AS4806.3.

Born in Skopje, in the Republic of Macedonia, Vlado immigrated to Australia in 1987. Vlado’s passion for CCTV arose from a childhood love of photography and art.

“My father was an optical engineer and so I started playing with lenses, prisms, and telescopes from an early childhood.”

Vlado completed a degree in Electronics Engineering in 1982 with his final thesis focusing on CCD (Charged Coupled Device) Cameras, 10 years before they became commercially available. Vlado explains “the progression towards CCTV just seemed to be a natural synergy between my passion for lenses and photography, and my expertise in electrical engineering and mathematics”.

“When I arrived in Australia, my first job was working for Channel 9 as a maintenance engineer. Within a short time, I was offered a job at CCTV company, Vamarc”. While working there I started running training for sales staff to help them better understand the cameras they were selling. One thing lead to another, and training became something I really enjoyed which lead me into lecturing, writing books, writing standards and so on.”

A Career in CCTV

According to Vlado, one of the main differences between his journey, and the career path for anyone looking to enter the world of CCTV today, is the abundance of information now available.

“When I began my studies, no one had even heard of a CCD Camera. Now, there are books, online courses, YouTube videos etc.. We still don’t have a dedicated university course for CCTV system design in Australia, but there are a few companies, including my own VidiLabs Academy, who offer training in CCTV. I think anyone who is serious about starting a career in CCTV, needs some education. There is a lot more to CCTV than just IT networking. Cameras are still cameras and one needs to understand things like optics and lighting as well as storage, data and so on.”

According to Vlado, much has changed in the almost 4 decades since he began working in CCTV. When asked what he believes the three most important developments of the last few years have been, his immediate response is first and foremost, “digitization”.

“I remember when I was writing my second book, a lot of my colleagues did not believe that S-VHS quality (400 television lines) would ever be overtaken by any kind of digital video signal. Now we have not only HD, but 4K, and soon 8K.” Vlado laughs.

According to Vlado, the second major development, made possible through digitization, is the development of Deep Neural Networks or DNNs.

“This technology will play a huge role in the future of video analytics. We have not yet even begun to see or even really understand where this might take us”. Vlado explains that one of the greatest limitations of any CCTV system is human operator.

“The use of DNN will enable intelligent analytics that can see and possibly even predict behaviour before it happens.”

Lastly, Vlado sights interoperability as the third great development of recent years. “With high resolution cameras feeding more detail than ever into increasingly intelligent analytics systems, it only makes sense to ensure those systems can be integrated as seamlessly and easily as possible with other cameras and other security systems. The development of interoperability standards like ONVIF or OPC, using XCML, XML coding means that we can potentially add any camera to any system.”

“When you add these capabilities to things like multi-sensor cameras, BSI or Back Side Illuminated sensor cameras, which give us much better low light performance and increasingly powerful analytics algorithms, which I believe will possibly be the most important development in CCTV over the next few years, then I think we are going to be amazed at what becomes possible in the near future.”

To read more articles like this and to stay up to date with industry, subscribe to the Security Focus Newsletter and receive monthly updates. 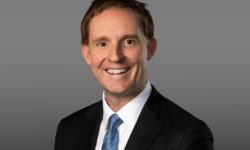 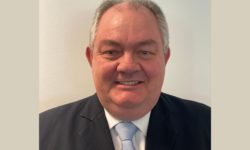 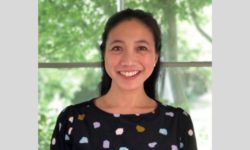