Having spent the last two weeks travelling around the United States, observing the local security in operation, it is interesting to note a number of distinct differences between security personnel in the US and Australia. At first, these differences were hard to define. Upon arriving at LAX, there was an immediately noticeable difference in the security around the airport. I am not just referring to the level of security – but rather, the command and presence which each and every security officer exuded. It was immediately apparent that these were people that one did not want to upset. While these security officers were extremely polite and customer service oriented, they were commanding and serious and obviously had things well under control. You could tell that if you got on the wrong side of them, things would go very badly for you.

It is such a small thing and yet, it is such an important link in a chain of differences that lend a very real air of credibility, confidence and professionalism to security that Australia seem to be lacking.

Let’s be honest, the badge is nothing more than a symbol but it is an important symbol. It would seem that this symbol derives its power from two important sources. Firstly, security officers and police officers in the United States share a great many visual qualities. I know that many people might argue that this is a bad thing; that it in some way undermines the authority of the police. However, it most certainly does not appear to have that effect in the United States. People understand the hierarchy between police and security and there are no qualms about who is in charge from either police or security themselves. In fact, the two share a much more harmonious relationship that anything I have witnessed in Australia.

There can be little doubt that private security derives much of its authority, pseudo authority, whatever you want to call it, from the power and respect the public have for a police badge. However, I believe that the respect security seem to enjoy in the US, and the differences in the attitudes of security officers run deeper than this.

In a country that has experienced terrorist attacks on its home soil, the people of the United States understand to a larger degree that security officers play an important role in the protection of the public. From that flows a certain level of respect. Just as importantly, the security officers themselves believe that they play an important role in protecting the public. They take that role very seriously. They are proud of their badge, they are proud of the authority and respect it commands and they treat their role with a commensurate level of respect. This is where the true power of the badge comes from.

In Australia, we are extremely lucky. We have never experienced a terrorist attack on a large scale on mainland Australia. As a result, I believe that Australian’s have a very complacent attitude toward security. More importantly, security officers in Australia have a very complacent attitude towards their own roles. How can security officers expect the public to take them seriously if they do not take themselves seriously?

If the security industry is serious about being seen as profession rather than a job, then all members of the industry, not just the most senior ranks, need to start conducting themselves with an air of respect and professionalism. Perhaps it is time we looked at overhauling not just the physical look of security officers but more importantly, the sense of importance we impart to security officers as they enter the industry. After all, it is unreasonable to expect others to take you seriously if you cannot take yourself seriously. 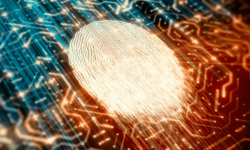 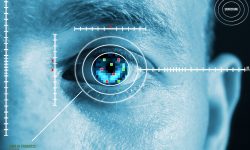 Traditional Physical Security and the Convergence with Digital The evolution and future of home security